We sell this beautiful Mercedes-Benz 190E 2.3-16 on behalf of a customer! Therefore no guarantee.

The Mercedes-Benz 190 2.3-16
In the 1980s, Mercedes-Benz wanted to go to a rejuvenating brand image. Why? Because it was discovered that the average age of the BMW rider was lower than that of the Mercedes-Benz rider. Not much, 1.4 years on average but enough to take action.

BMW did not have a model range under the 5-series and Mercedes-Benz under the E-class (the then W123) at that time. The result, as was expected from Mercedes-Benz at the launch of a new model, had to be astonishing. A sporty model with a driving dynamics that enthusiasts at Mercedes-Benz were looking for in vain at the time. It was therefore unique to be able to add these characteristics, sportiness and driving dynamics to the long line brand CV.

The completely newly developed “Raumlenker” rear axle alone has been developing for 15 years and at the expense of development money, the same thing was developed for a completely new model at that time. No less than 5 suspension arms per wheel were the guarantee of optimal road contact under both sporty and comfort-oriented excursions. Initially delivered with the improved 2 liter engine with carburetor or Bosch KE-jetronic injection system and later extended with the 2.3, 2.6, 2.3-16 engine variants with petrol as a consumer and 190D, 190D 2.5 and 190D 2.5 turbo as diesel variants.

For the sports top model 190E 2.3-16, we sought to work with the English Cosworth, manufacturer of sporty cylinder heads and dito engines. Base was the proven 2.3 liter engine, divided over 4 cylinders. The quality and longevity of this combination was tested on the south Italian Nardo circuit, where three team (red-white and green) competed against each other at a long distance. In this case, still unsuccessfully, speed records have been broken with an average speed of 247,9 km/h over the distances 25.000 km, 25.000 miles and 50.000 km.this was the Mercedes-Benz quality proven and this new telg also guaranteed a long life.

The combination with the cylinder head developed at Cosworth and the home styled spindle package made the 2.3-16, after some sporting additions, a real sports saloon. So sporty even that many racing team converted the car into a full-fledged racing car. So fully-fledged even that she took care of the return of Mercedes-Benz in the car sport, and that is in the then royal class DTM. With the 190E 2.3-16 and the later 190E 2.5-16, 190E 2.5-16 Evolution and 190E 2.5-16 Evolution2 race variants, numerous victories have been won in various race leaderboards.

With the so-called EVO2 Mercedes-Benz was champion in the then DTM championship in 1992. The Mercedes-Benz 190 is a timeless and desirable appearance in many variants!

About this Mercedes-Benz 190 2.3-16
january 21, 1986 was not a day that went into history books with a lot of information. Ruud Lubbers was our prime minister and if you were born in 1986, you were one of the 14.564.000 inhabitants of the Netherlands that year. The Ford Scorpio was the car of the year and Sandra Kim won the Eurovision Song Festival for Belgium with the song J’aime la vie. Elton John was number 1 with the number Nikita and nobody in the Netherlands thought about perhaps one or more life-changing events taking place in Switzerland, the episode of this brilliant Mercedes-Benz 190E 2.3-16.

She wears the oer-color 702 Rauchsilber, the 16V color in which these models were supplied exclusively in the early years, in addition to 199 Blauschwarz. This color’s also the color of the three cars that drove the world records on the Nardo cirquit. The interior is also appropriate to the very beginning of this iconic model called Karo fabric.

From the first owner of this car to the current one, in whose order we sell this car, this car is very careful and with a lot of love treats. And that brand is to be noticed! So she has few uses tracks. The current owner has owned this car for more than 13 years and has been looking specifically for this combination at the time of purchase. It is equipped with an electric sunroof, electric door mirror, heat-resistant glass, original AMG rims in 16 inch, AMG leather 4-spoke sports steering wheel, electric front windows and a radio cassette player with front and rear speakers. All documentation, including maintenance booklet, if supplied new from the factory is provided and is, of course, included. In short, a beautiful, honest and desirable Mercedes-Benz 190E 2.3-16 as it should be. Come and be surprised by this gorgeous sports sedan! 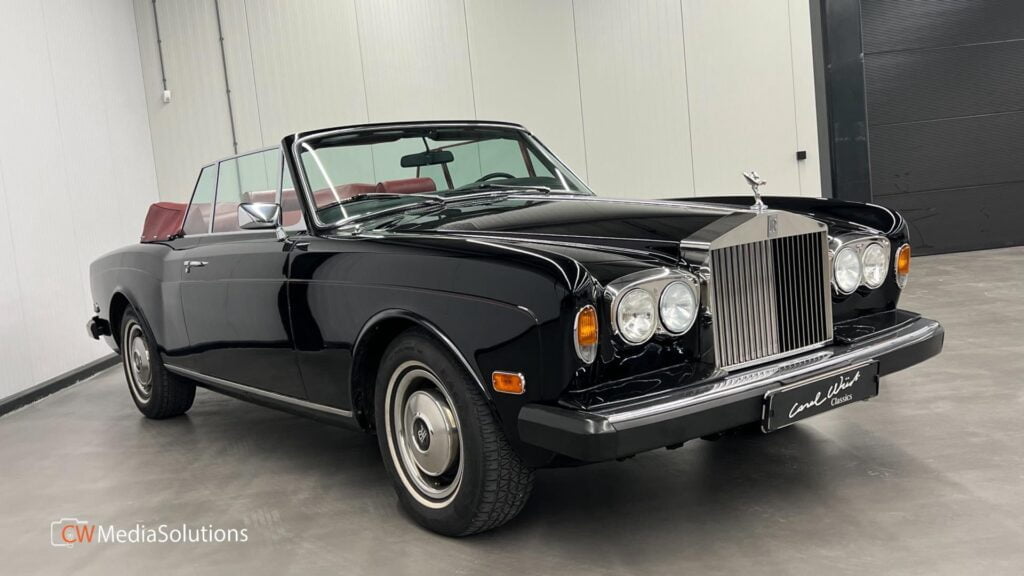 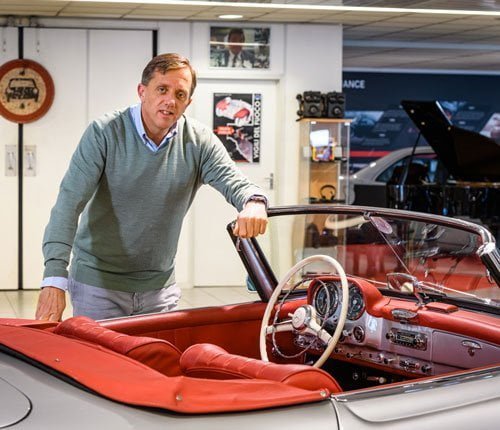